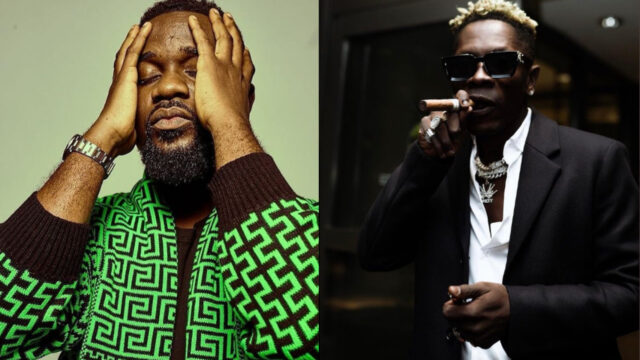 Michael Owusu Addo, best known as Sarkodie in Ghana, has responded to certain comments Shatta Wale made regarding his collaboration with Bob Marley.

Earlier, Shatta Wale responded to Sarkodie appearing on the Stir It Up version by Bob Marley and The Wailers by claiming the rapper had written a song with a ghost in an interview at Kumasi’s Luv FM.

a comment that was considered offensive and unpleasant by many. Sarkodie joined a Twitter space to celebrate the collaboration with his fan base, Sark Nation, on the evening of Friday, January 20, 2022, the day the song was officially launched.

Sarkodie was requested to respond to Shatta’s remarks on the feature by a supporter who thought they were rude. Sarkodie, on the other hand, asserted that he took Shatta’s remark as praise and found no problem with it.