Home ENTERTAINMENT NEWS Whether Sarkodie Was Featured By Bob Marley Or His Management, It’s Still... 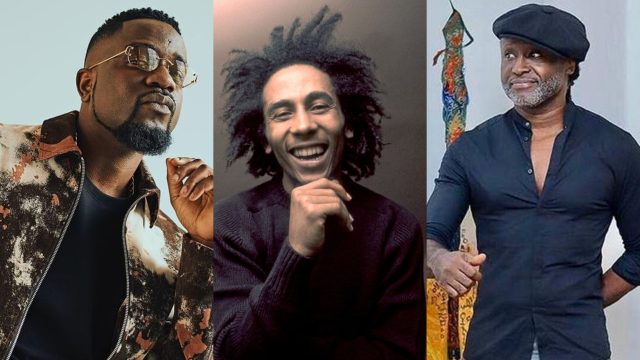 There have been a lot of controversies surrounding Bob Marley’s “Stir It Up,” featuring Ghanaian rapper Michael Owusu Addo better known as Sarkodie, as a lot of people think this is not a collaboration to brag about since Bob Marley died decades ago.

The hip-hop grandpapa, Reggie Rockstone, doesn’t see anything wrong with the feature; all he sees is that that is a huge feature for the culture. However, taking to Twitter, the Rockz Waakye boss commended Sarkodie in a post, writing:

READ ALSO 👉  "Once In A While, Walk To The Hospital And The Police Station For A Reality Check" - Sarkodie Tells Fans

TUPAC DEN BOB MARLEY WHO BIGGER THO? IF YOU GET THE RIGHTS TO DO A VERSION OF PACS TRACK TODAY U BE DON RIGHT? NOW IMAGINE GETTING THE RIGHTS AND HEAD NOD TO DO ONE WITH WOFA BOB? @sarkodie CONGRATS AND WHAT A POWER MOVE!! WHAT U GET PPLE WORLDWIDE GO WISH FOR! STIRR AM UP

READ ALSO 👉  "Not Everyone On Social Media Has Sense" - Sarkodie

Still very good and a great move! No easy to get and weda it was by bugs bunny or jollof Joe it is a significant move