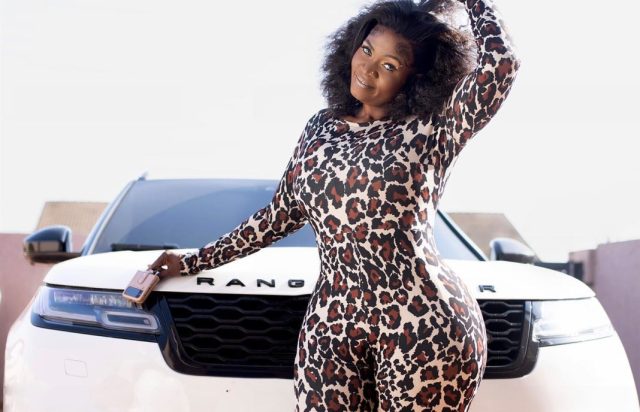 Ayisha Modi, the controversial and self-styled socialite from Ghana, has stirred up controversy online after exposing her employment status there.

Ayisha Modi has sparked debate after revealing that she murdered over 200 elderly women in the United States.

She claims that in the United States, she works as an assisted living care officer, assisting the elderly in leading stress-free lives.

Ayisha Modi revealed that she has the training and authorization necessary to carry out her profession in an interview with Kofi Adoma.

According to Ayisha Modi, she injects them to relieve their discomfort, but the treatment really kills them over time.

She continued by stating that, as a result of her employment, she had killed more than 200 individuals.

She continued by displaying the visage of a victim of a lethal injection while declaring that it was her final shot. Ayisha Modi has faced harsh criticism in the wake of her admission.

She is receiving criticism on social media for divulging too much and violating the standards of her profession. Some individuals question Ayisha Modi’s argument that she is entitled to murder in the United States.