Home ENTERTAINMENT NEWS Sarkodie Apologizes To Samini Even Though He Doesn’t Agree To All Accusations... 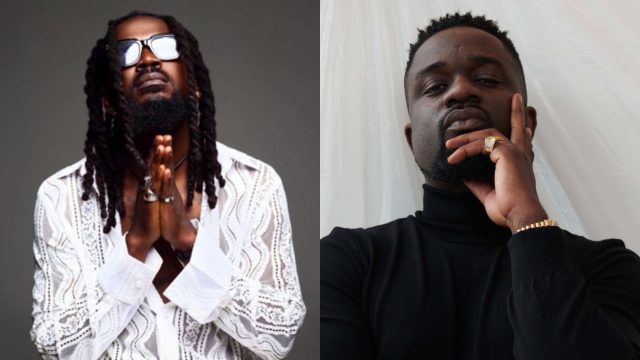 Samini, the dancehall musician, has received an apology from Sarkodie for whatever hurt sentiments he may have caused.

After the pair teamed up on Sarkodie’s “Love Rocks” in 2014, Samini accused him of neglecting his attempts to cooperate.

On social media, the dancehall musician called Sarkodie out for allegedly showing reluctance to join the former’s initiatives.

Sarkodie emphasized, however, in a Tuesday interview with Hitz FM that statements must have originated from a “particular area” and that he would need additional information to confirm this.

On the strength of that, the Landlord, as he is known, declares that he will respond appropriately after receiving the complete facts of the situation directly from Samini.

Samini joined the phone call shortly after this response. He reiterated his feelings to host Andy Dosty, who asked the ‘Country Side’ performer for a reaction.

“I don’t have any influence over his feeling that way.” I can only express my regret for how he feels. Not necessarily, Sarkodie said, since I concur with everything he stated.

Sarkodie acknowledged the outburst but made it clear that he disagrees with the reasoning behind the charges.

According to his explanation, he occasionally hesitates to perform some features “not because the music is bad,” but rather because “you may hear a song that is so amazing, but maybe you don’t hear yourself, and then you’re trying to find a pocket in the song till one day you do it.”

READ ALSO 👉  "Once In A While, Walk To The Hospital And The Police Station For A Reality Check" - Sarkodie Tells Fans

Some songs only last two seconds when they are emailed to you. Possibly, if I sent you a song and you immediately loved it, you would have done it. “It may happen; I didn’t figure it out, and I’m not talking about him,” he remarked.