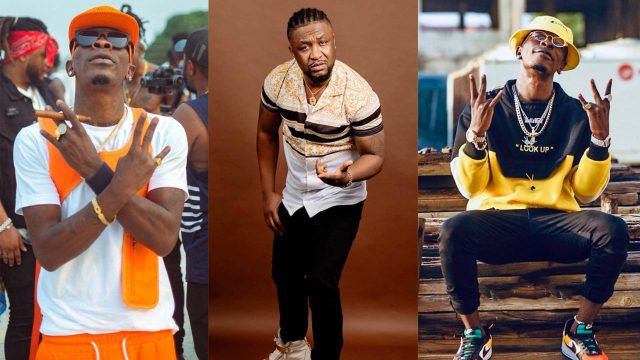 Despite the assertion that Shatta Wale rather rocketed him to stardom, popular Ghanaian social media critic and musician Archipalago has described his contribution to the development of Shatta Wale’s music career.

In the songs “Kakai” and “Bie Gya,” two of Shatta Wale’s most popular tracks, Archipalago has nailed his part.

He stated that Shata was inspired by his words, for which he was well known. After contacting Archipalago, the musician let him know about his plans to profit from him.

In support of this, Archipalago rejects the assertion that their relationship resulted in him benefiting from the dancehall musician.

“What they claim is fiction.” Why on earth would I ever believe such an assertion? not in my lifetime. Can you make me, Shatta Wale?

“I contributed to Shatta’s ascent.” His next smash after the release of “Dancehall King” was “Kakai,” and I had a part in promoting the song. He issued “Bie Gya,” which was my phrase, after “Kakai.” That song had my name on it, and I actively marketed it. Shatta Wale messaged me in my DM after noticing what I was doing on social media. I was making waves at the moment. He struck me after noticing my impact. He informed me he was going to use my name in his song when we met in Ghana, and soon after, he released “Kakai,” as Archipalago revealed in an interview with radio host Fiifi Pratt on Kingdom FM.

In addition, he said that despite giving Shatta Wale $400 years ago, he still owes him money for using his catchphrase.

Although they still communicate, he pointed out that there is no animosity between them.