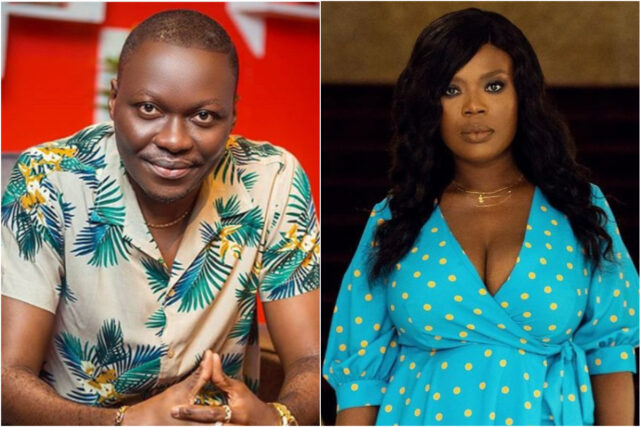 Delay Frimpong Manso, the well television host, has openly stated that she has never liked Arnold Asamoah Baidoo, the journalist and entertainment commentator.

This statement came after Delay conducted an interview with Arnold on her show, The Delay Show. Arnold was told by the TV host and entrepreneur that she loathed him and avoided reading or viewing anything about him.

Delay, on the other hand, revealed how she overcame her hatred for Arnold Asamoah Baidoo. She revealed that she was forced to watch Armold on TV on one of the shows and discovered that he was not who she thought he was.

“At first, I didn’t like you; but, I must be honest. I was looking at you through a prejudiced lens. I’m telling it like it is. I was once obliged to listen to you, and despite my best efforts to avoid it, I couldn’t ignore your insightful observations.”

“As I continued to listen to you, I had a sudden change of heart towards you. I immediately recognized you as a serious thinker who understands his stuff. If people could simply get over their prejudices, they’d see how smart you are.”