Home ENTERTAINMENT NEWS “I Wish To Eat In The Same Bowl With Mercy Johnson, Ini... 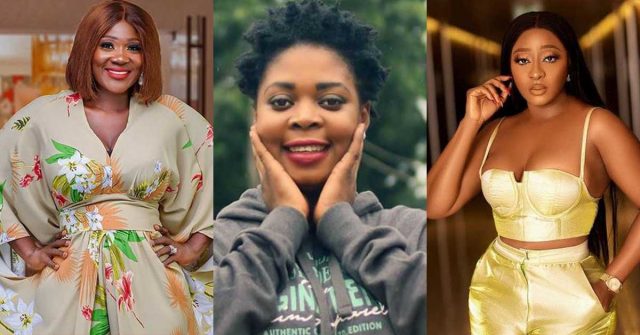 Joyce Dzidzor Mensah, Ghana’s former HIV/AIDS Ambassador, has been acting strangely in recent weeks, claiming that she may soon join her ancestors and that her children should be adequately cared for.

Her children were taken into custody by the German authorities as a result of her outbursts.

While she believes she is approaching the end of her life on earth, she has made a wish that she intends to accomplish before she purportedly dies.

In a video obtained by Dklassgh.com, the mother of two stated that she would want to dine in the same dish as Don Jazzy, the head of a Nigerian record company, and actresses Mercy Johnson and Ini Edo.

ALSO READ:   I rushed to have children so I can get my shape back - Mercy Johnson.

It is the one thing she wants to accomplish before she dies, she claims.

However, Wendy Shay, the award-winning Ghanaian singer, has reminisced about her ordeal in the hands of Ghanaians after being announced as the new artiste under Rufftown Records.

Wendy Shay claimed in a recent interview with Ghbase.com that her record label owner, Bullet, introduced her to Ghanaians immediately after Ebony’s death.

According to her, Ebony’s death …continue reading