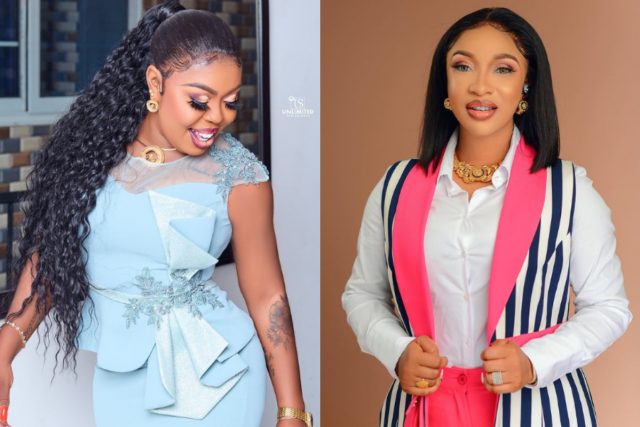 Tonto Dikeh, the popular Nigerian actress, has labeled our very own social media phenomenon, Valentina Nana Agyeiwaa, nicknamed Afia Schwarzenegger, as her spirit animal because she pulls energy from her and their mindsets are strikingly similar.

This comes after Afia Schwarzenegger, one of Ghana’s most divisive figures, claimed in a recent post that she does not speak ill of individuals behind their backs, nor would she bear a false witness against another person.

To back up her claim, Afia Schwarzenegger states that she never begins a fight on social media, but that if anybody dares to stir up her demons, she would never spare them, regardless of their brand or influence.

She went on to say that she doesn’t give a damn if people abandon her because she protected her identity against a bogus accusation.

Tonto Dikeh, who has been in the headlines for some time now due to difficulties involving her ex-fiancee and former bestie, Bobrisky, responded by claiming that Afia Schwarznegger is her spirit animal since they share many of the same traits.