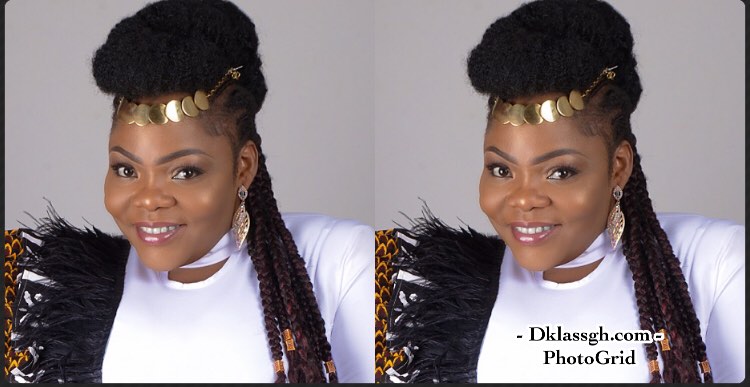 Celestine Donkor, the Ghanaian gospel singer, has stated that she met her spouse on an internet dating site.

The musician remarked in an interview with NY DJ on Y102.5FM’s “Ryse N Shyne” show that long-distance marriages can work, using her own marriage as an example. She stated emphatically that she met her husband on the internet.

“The way I met my husband was quite fascinating,” she explained, “because he was abroad in South Korea when I was in Ghana, and a very good friend of mine went there and met him and suggested him to me.”

“My friend said, ‘Chale, I want to match you guys together,’ and that’s how we met.” I am an ideal candidate for internet dating, and it worked for me. We dated for six months without ever meeting in person; in fact, he proposed to me without ever seeing me.”

Celestine went on to say that she recognized her spouse was the ideal person for her and possessed all of the attributes she desired in a guy, therefore she had to quit her relationship with her boyfriend in order to be with him.

“At the time, my boyfriend was not the man for me because he was extremely competitive in spirit, and I knew he wasn’t part of the destiny God planned for me, so I had to let go,” she explained. “That’s when my husband stepped in with all the attributes I desired.”