Home ENTERTAINMENT NEWS “No One Owes You Money, You Wouldn’t Be Lamenting Over Failed Promises...

This follows a leaked audio tape of Psalm pleading with Mzgee for leftovers from her kitchen since circumstances are getting rough for him once more. The GHc1,500 stipend promised to him by Great Accra Minister Hon. Henry Quartey, according to the audio recording, was only given to him once and then stopped.

Psalm Adjeteyfio previously claimed that he received an additional GHc40,000 from the Chief of Staff’s office, in addition to the GHc50,000 he received from the vice president’s office.

Many Ghanaians have chastised the veteran actor for not prudently spending the large sums of money he got, yet he has the audacity to come out and beg for alms again, bemoaning certain promises that were not kept. 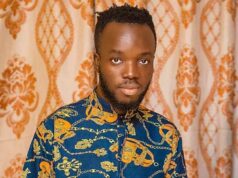