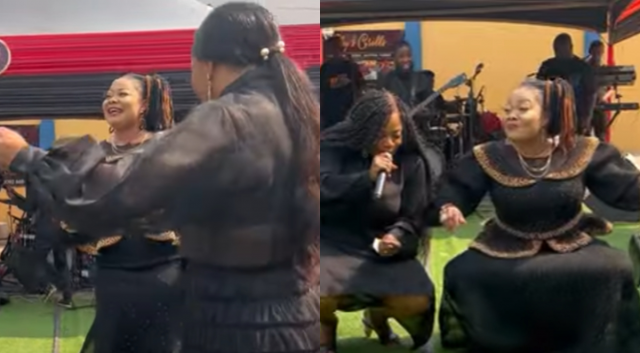 The presence of Patricia Oduro Kwranteng, formerly known as Nana Agradaa, the Ghanaian fetish priest turned minister of God, drew the attention of everyone present at the one-week observance of Afia Schwarzenegger’s father.

Afia Schwarzenegger hosted a one-week memorial service for her late father, Mr. Augustine Kojo Agyei, who died recently after a long illness, despite doctors’ predictions that he would die sooner, according to Afia Schwarzenegger.

The majority of her friends and family, including several bloggers and celebrity pals, descended on the event grounds to express their condolences to Afia Schwarzenegger and her family.

A close friend of Afia Schwarzenegger’s, Nana Agradaa, invaded the celebration grounds with her dance movements, while Piesie Esther performed at the occasion in honor of the departed. Trace Boakye and Diamond Appiah eventually joined her.