Home ENTERTAINMENT NEWS “I Regret Leaving My Children And My Sick Dad Just To Go... 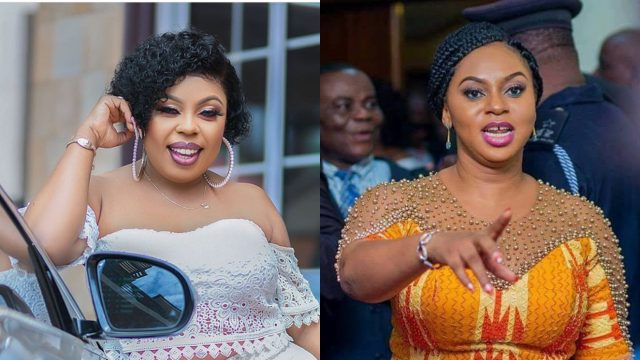 Afia Schwarzenegger has expressed sorrow for abandoning her ailing father and children to campaign for Adwoa Safo in the 2020 elections, despite her previous statement that her seat would be empty.

Adwoa Safo has been slammed and exposed by her baby daddy, Kennedy Agyapong, after refusing to be in parliament and do her job as an MP because of some ridiculous demands she made, and now the people who campaigned and put her into power are kicking themselves.

In response to Kennedy Agyapong’s claims that the government provided or did something for Adwoa Safo, Afia Schwarzenegger remarked that she abandoned her ailing father and children to campaign for her in Dome. It was awful.

According to Afia Schwarzenegger, Ghana was not handed to anybody as “work and pay,” and the people of Dome-Kwavenya deserve more than they are getting, as she apologizes and promises to do better next time.

She then went on to say that a by-election should be held for the vacant seat in Dome-Kwabenya, which merely implies that Adwoa Safo has been impeached and the seat has been declared vacant, but none of this is official because it’s all just hearsay on social media.