Home ENTERTAINMENT NEWS Watch This Throwback Video Of Hajia Bintu, Which Proves She Always Had... 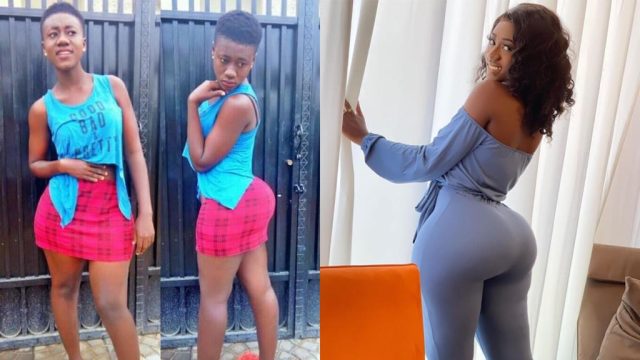 Hajia Bintu, the Tiktok sensation, has posted a flashback video to show once and for all that her body parts are entirely natural.

Hajia Bintu appears in the movie in various stages of her life, from adolescence to adulthood, and it is apparent that she is gifted.

Her foundation has always been a part of her, and it later captured Ghanaians’ imaginations and elevated her to celebrity status.

A few years ago, Bintu rose to prominence after images of her bizarrely shaped buttocks went viral.

She gained a following and became a celebrity only because of that colossal body portion.

She’s now established herself in the entertainment sector, parlaying her Tiktok fame into video vixen and influencer work.

Bintu’s parts have been the subject of speculation for years, whether they are natural or were acquired at a doctor’s office like those of other celebrities.

That is seen in the retro video.