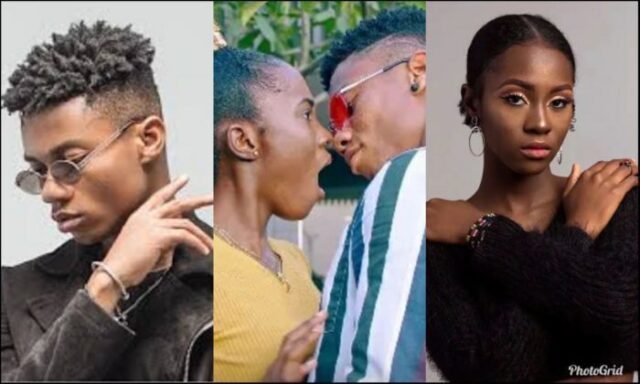 After KiDi shared a video of a studio session with the female singer having fun, speculations of the two young talented singers being in a love relationship swept the Ghanaian media landscape, the internet, and social media.

The video went viral, generating a lot of discussion and controversy since many social media users and entertainment analysts in conventional media assumed the two artists were dating.

On the majority of instances, such as in radio and television appearances, as well as on social media, the two have avoided queries about their connection.

In an exclusive interview this morning on the ‘Day Break Hitz’ morning program on Accra-based radio station Hitz FM, I spoke with famous disc jockey and musician Andy Dosty. Cina Soul has denied reports that she and the ‘Enjoyment’ singer are dating.

KiDi is a terrific buddy, she added, and their bond is so strong that they feel safe and free to do whatever they want when they’re with one other. She went on to say that their sole connection is one of “friendship” and nothing more.