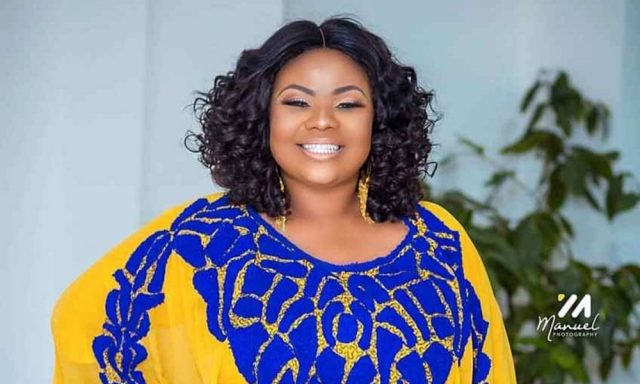 Women who want to have children with married men should be aware that these guys would not abandon their wives for their mistresses under any circumstances.

Empress Gifty, the gospel artist, advised side chicks – women who accept to have sexual relationships with married men for money and properties – to focus on working hard instead of ruining married women’s homes in a video seen by GhanaWeb.

She believes it is bad to conceive a kid with a married guy only for the purpose of “securing the bag.”

“Do not be persuaded to conceive a kid with a married guy simply because a buddy has done it. Don’t go in to have a child for that man if you’re a side chick chasing other women’s spouses.

He’ll leave you for his wife eventually; the pregnancy won’t keep him from leaving you, she warned.

Empress Gifty, the wife of Hopeson Adorye, the NPP Parliamentary Candidate for Kpone Katamanso in 2020, told another story about a married man dumping his side chick after she gave birth to his kid.

“I know a woman who had four girls with her husband; the guy said he wanted a boy, so he went in to have a male child with his side chick, but he didn’t even want to see the new woman’s face at the end of the day. Ladies of today, businesswomen, and entrepreneurs, listen up for the folly is out of hand.

“Work hard, be a sensible woman.” Enjoy yourself, my darling, and be a lady of your own making. Don’t believe that because you have a child with a man, you would be able to obtain properties (married man). If you’re thinking about holding him down with a child, you’re making a mistake,” the gospel singer stated on ‘The Empress Show.’