Home ENTERTAINMENT NEWS “The Properties Delay Flaunts Are Not Hers, They Belong To The Footballers... 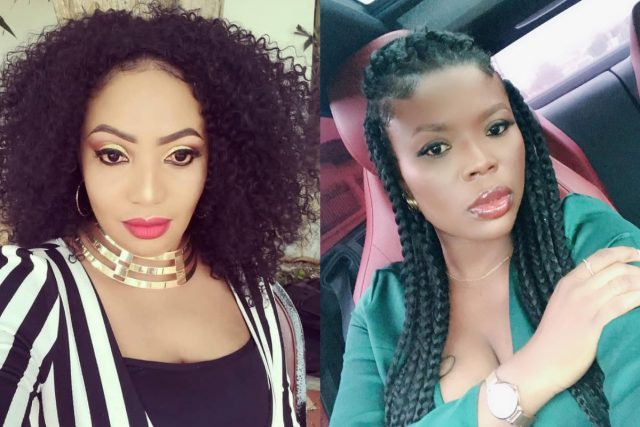 In the last few hours, the fight between Delay, Diamond Appiah, Afia Schwarzenegger, and Tracey Boakye has taken on a new lease of life.

Recall that on the most recent episode of the Delay program, the radio and television personality referred to her primary rivals, Afia Schwar, Tracey Boakye, and Diamond Appiah, as Borla Birds, or dumpsite-feeding birds, while raising herself to the status of an Eagle.

Delay allegedly presented Afia’s p*ssy on a silver platter for Ghanaian defender Jonathan Mensah to devour, but he declined.

Jonathan Mensah is a Ghanaian professional footballer who plays as a defender for the Columbus Crew of Major League Soccer and serves as their captain. He’s played for AshantiGold, Free State Stars, Granada, Evian, and Anzhi Makhachkala in the past.

Afia screamed obscenities at Delay for the derogatory description she tossed in her direction, completely forgetting that Delay was the one who single-handedly propelled her into the spotlight.

Diamond has also come up with her own defensive and offensive strategies, stating that despite her ‘advanced age,’ Delay has nothing in her name and that the few possessions she flaunts online are the property of players she sleeps with.

See screenshot of what Diamond Appiah wrote below: