Home NIGERIA Nigerian Singer, Burna Boy Is Set To Produce His Own Chips 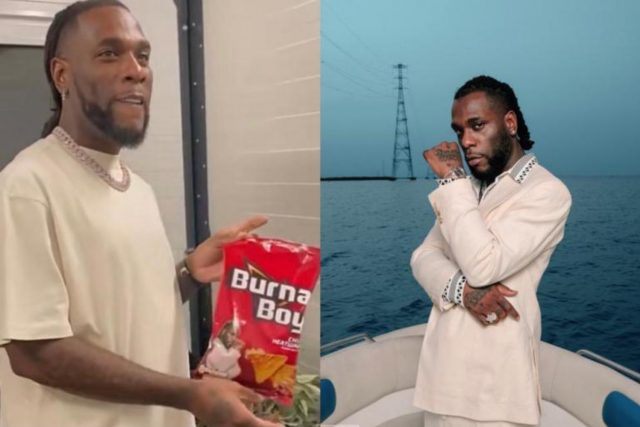 Burna Boy, the African Giant, is ready to make his own chips bearing his name, and we’re wondering whether that’s why he stated no album till further notice.

Burna Boy has informed his fans that he will not be releasing an album until further notice, without providing an explanation, but he has released a snapshot of his new project, which might be the reason for his decision.

Burna Boy tweeted a photo of his new project, which is a Doritos chip snack branded with his name to demonstrate that it’s his, and while he hasn’t said anything more, we’re thinking it’ll be his new endeavor for the time being.

Most entertainers go into business to keep themselves busy when they aren’t singing or to keep busy in their retirement/old age, and Burna Boy’s decision is a smart one that will benefit him and a lot of other people.

It’s a great move Burna Boy is taking, and if he intends to utilize it for commercial goals, which we know would be possible, he must treat it carefully since this one act of his will, directly and indirectly, helps a lot of people, with or without his awareness.

He captioned the shot, “Burn -A chips flavor loading with his name Burna Boy on the pack,” implying that he and his team are ready to release their business ideas in order to improve themselves and others.