Home ENTERTAINMENT NEWS “My Girlfriend Left Me Because Of The Relationship I Had With Fella... 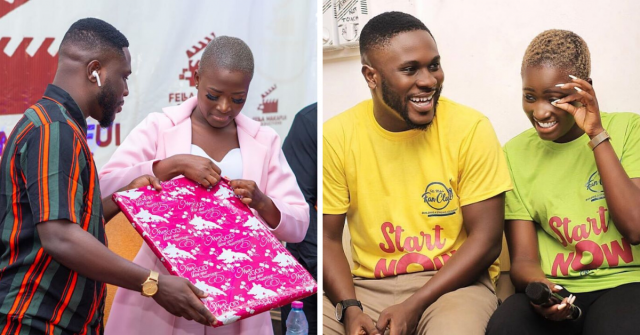 Richmond Amofa Sarpong, also known as Richie, the manager of Ghanaian actress and businesswoman Fella Makafui, has spoken up about a challenge he experienced while managing the diva.

His partner dumped him because of his friendship with Fella Makafui, her manager, he claims. Despite the fact that his connection with the actress is entirely professional, his girlfriend left because she was envious.

Actually, she (Richie’s lover) thought it was those ones when she noticed his link with Fella on a separate note, but it wasn’t and isn’t the case.

He went on to say that he understands the ethics of being a manager for a female artist and that he pays close attention to how he interacts with Fella since, unlike others who exploit their female signees, he is on a different wavelength.

ALSO READ:   Fantana Opens Up On Her Alleged Criminal Conviction

During his one-on-one interview on Ghpgage TV, Mr. Amofa also said that as Stargirl’s manager, he and his team know how to get people talking, making Fella relevant to date.

Richie said that it’s part of the entertainment antics to get the people talking and that the management team is well aware she’s married, so she doesn’t break certain boundaries on social media.