Home NIGERIA Yonda has revealed the reason for the ongoing beef between Burna Boy... 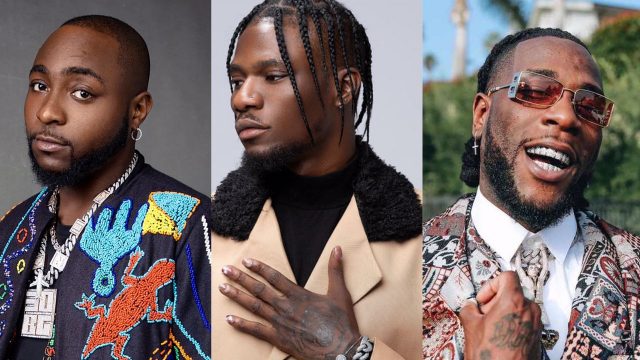 Yonda, a Nigerian singer and ex-DMW signee, has revealed the source of the ongoing feud between superstar singers Burna Boy and Davido.

According to Yonda, the beef between the two heavyweights began when David stole a song intended for Burna.

In an interview with Ameyaw TV, the artiste stated that he wrote a song for the African Giant but did not use it, so OBO came along and used the lyrics in a song that eventually became a hit.

He also revealed that on the day Davido released the aforementioned song, Burna Boy teased him about being great because he was born into wealth rather than because he is good at his craft.

Yonda, on the other hand, chastised both artists, claiming that neither has truly supported him, particularly Davido, who has not promoted his recently released EP.

In other news, In a viral video, Ghanaian comedian and children’s president Funny Face appears to be very thin and unwell months after being sent to a psychiatric facility.

Funny Face was shown in the commercial promoting Lan T soy milk, for which he is a brand ambassador, as he encourages people to purchase the product.

Netizens who saw the video were concerned about the comedian’s appearance, which was slender and scruffy, implying that he is dealing with a lot of issues and has been thinking a lot….. Continue reading