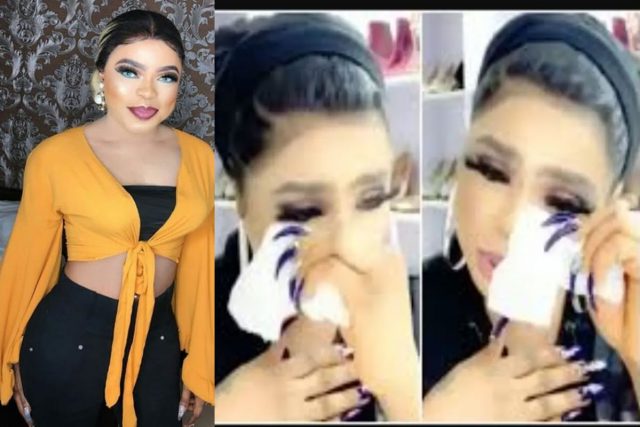 Bobrisky, the Nigerian socialite and crossdresser, has broken down in tears after receiving a large sum of money from his partner, who is married and has children.

The eccentric crossdresser flaunted the bundles of naira notes he received from his married partner, crying out that he wants someone to hug him close because he can’t control his emotions and that he is wounded since he can’t give his boyfriend a kid.

ALSO READ:   Bobrisky Also Recounts How Tontoh Dikeh Pooed On Herself Twice After Smoking Her Life Out

“Someone need to hold me right now.  My boyfriend just sent another N10million for weekend.

I still have the former N10million he gave me last week. I was too lazy to go to the bank. Total money is now N20million. He’s actually married. Yes, he’s married with kids. It hurts me that I can’t be able to give him a child.”