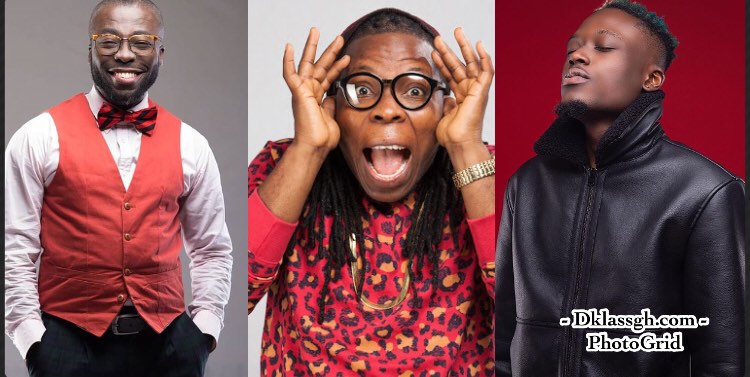 Edem is perhaps the only person who strongly thinks the fracas between Andy Dosty and rapper Okese 1 was planned beforehand.

The Volta Regime soldier in a new tweet said bluntly the fracas was purposely designed to make the budding rapper Okese1 has some shine which they have ultimately succeeded. Twitter came alive this week when veteran DJ Andy Dosty rudely sacked Okese1 from the studios of Hitz FM when he came in for a radio interview.

Okese was reportedly late for over 40 minutes for his interview and lost his cool after he was criticized for being late, which led to him leaving the studio without the interview happening.

Right after leaving the studio, the young rapper insulted Andy Dosty in plain language by calling him a pig and fool for trying to sabotage his career. However, Edem is probably the only person who is not swallowing these gimmicks.

‘YO @andydosty it was planned…l know,” Edem wrote with laughing emojis on Twitter.