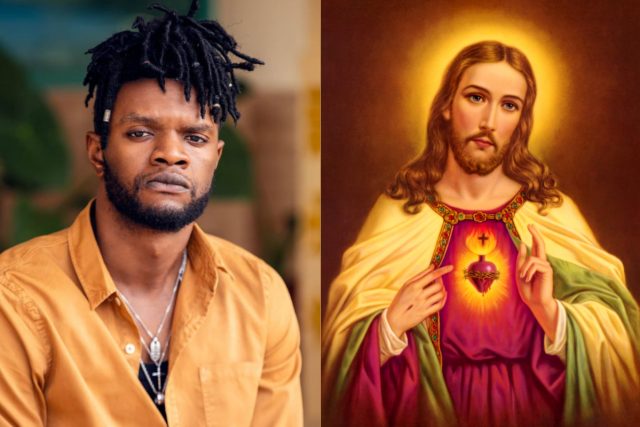 Ogidi Brown, the CEO of OGB Music has said that he had a real-life meeting with Jesus Christ but never told anybody about it because he was afraid that others would use questionable ways to befriend Jesus behind his back.

He stated this in responding to a claim made by a man of God that he had the opportunity to meet several biblical figures. God showed the faces of Elijah, Moses, Enoch, Samuel, Isiah, Noah, and other Bible characters, according to the man of God.

In response to his allegations, Ogidi Brown stated that he had also had the opportunity to see Jesus Christ, our Lord, and personal savior, and had even exchanged pleasantries with him, but she refused to make it public.

Ghanaians, he claims, are so ungrateful that if he explains how Jesus Christ appears, they would find a way to track him down and befriend him, despite the fact that he was the one who introduced them to him.