Home ENTERTAINMENT NEWS Businessman Buys R2Bees’ Plague For GHC 60,000 At The Back 2 Basic... 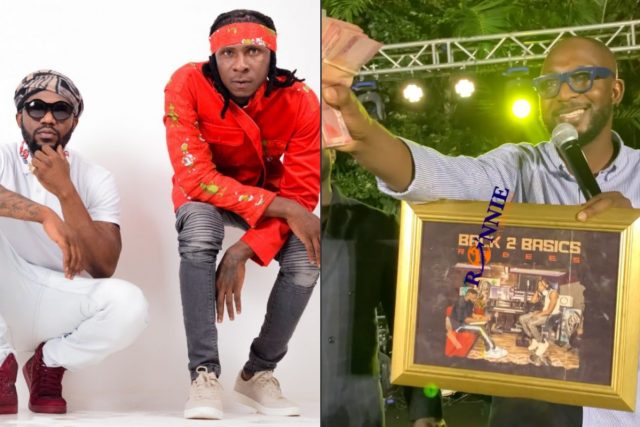 The ‘back to basics’ album listening party of music duo R2bees, which took place Friday night in East Cantonments, was all pomp and splendor.

Celebrities such as Kelvunboy, Efya, Hajia 4 Real, Mzvee, King Promise, and others graced the event in east cantonments, making it a star-studded affair.

The musicians provided positive vibrations to the audience, and one of the highlights of the event was when a businessman known as Popo 1 paid GHC 60,000 to purchase an R2bees plague.

Onlookers were taken aback by the staggering sum paid by the businessman to obtain the disease.

Meanwhile, Efia Odo, the socialite, has deflated everyone’s dreams of having a romantic connection with her by stating that she is not searching for love but is willing to spend money with them.

In earlier posts, Efia Odo regretted being played and now is single but not looking. Some guys who are interested in her appearance to be sending her email and other things to demonstrate their interest, but she has dashed their expectations with her current tweet.

She claims she isn’t searc….continue reading