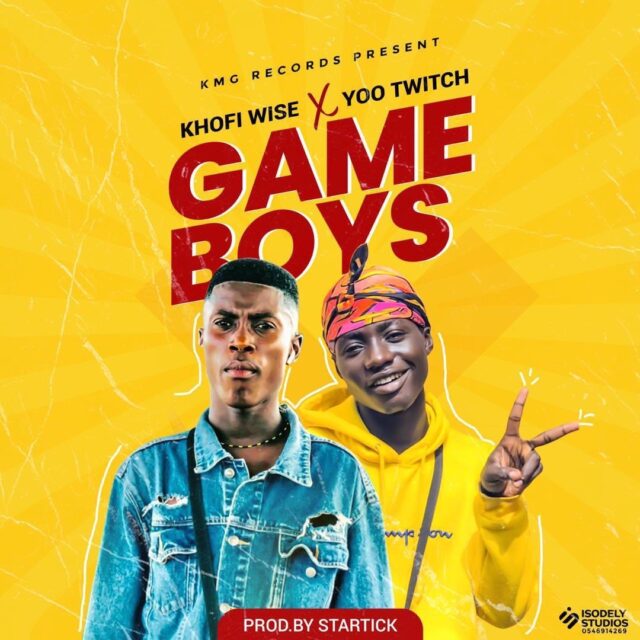 The drill scene in Ghana has gripped the world with flamboyant talents swinging and asserting their voice on what can be described as the next evolution of African music.

One king known for making wavy street anthems, Khofi Wise is back with a drill anthem, a song that pays tribute to Ghana’s big Boss Making it on the street, hence the title ‘Game Boys. Featuring Yoo Twitch.

Yoo Twitch on the other hand as expected rides the beat with his wave, deep, raspy voice with cozy lyrics, serving us yet another banger after his most talked about song, Man Dem.

Programmed by Ramon Calderon, the production and Mastering lays on Startick, fast-paced drums that has always underscored drill as a hard hitting genre.

With this precursor, we are eagerly anticipating the show and what’s next with the Hip-Hop powerhouse. Proud of my Dzodze Boys.

Without wasting so much of your time, Stream and Download free music below