Home ENTERTAINMENT NEWS “We Are Not Supposed To Beg For Support, We Owe Ourselves... 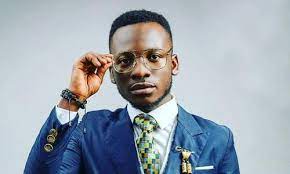 Lekzy Decomic, the popular Ghanaian comedian, has emphasized the importance of Ghanaians supporting one another.

Lekzy said in an interview with Sammy Kay on the Go online program that as Ghanaians, we owe ourselves support as countrymen, thus no one should beg for help.

According to him, the best thing we can do as Ghanaians is to assist one another by promoting Ghanaian-owned companies to others.

He went on to say that by doing so, we elevate each other and strengthen our local economy, whereas anything contrary would be investments in the foreign economy at our own expense as Ghanaians, necessitating the need to adapt and assist one another.

However, Nii Saka Brown, the veteran Ghanaian movie actor, has recounted an instance in which his on-screen fame resulted in his being denied a job chance.

When he arrived at the office of the firm where he wanted to work, a kid of the Managing Director dr…continue reading