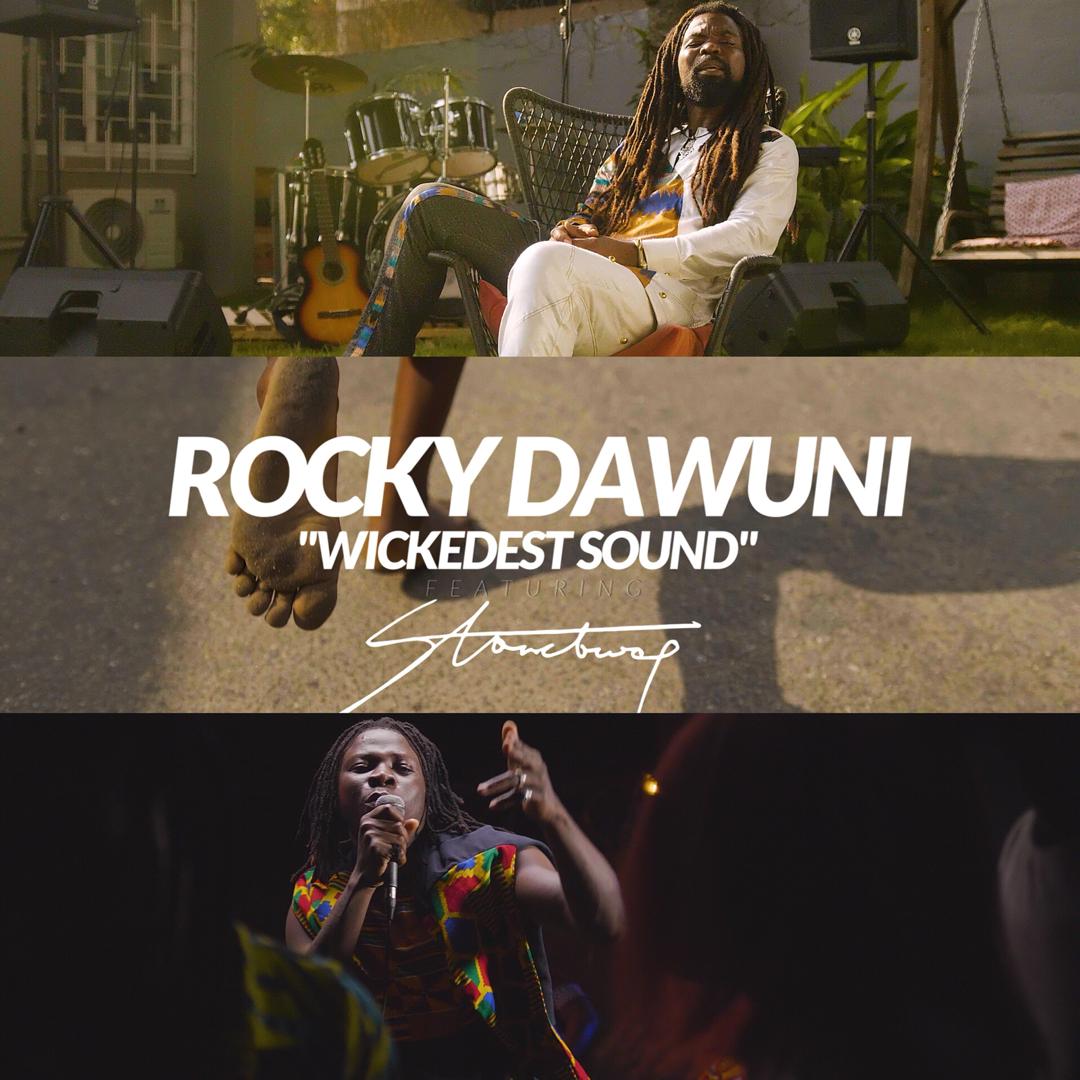 “Wickedest Sound” makes it the 2nd single being promoted from Rocky’s 7th album “Beats of Zion” which officially drops this Friday, March 8. The song is a heavy Afro influenced production with a hint of Reggae and Dancehall giving it a crossover appeal.

“Wickedest Sound” is a song that speaks volumes, and projects the original Ghanaian Sound, Highlife.  The track combines elements of modern Afrobeats that fits into the current global sensation.

According to Dawuni, “Wickedest Sound” is a song that pushes the boundaries of my signature sound, which I call Afro Roots. The idea was to pay homage to the Afrobeats movement but to do it in a much more organic style, using live horns, traditional drums from dunduns to kpanlogo drums in addition to synthesizer sounds, and also featuring an African dancehall artist, Stonebwoy. This is a fresh new sound, but it’s also a sound that is celebrating our past, while asserting our step into the future.”

“The video strives to metaphorically capture the genre bending power of the Afro Roots sound by using scenic and personal shots of Ghana’s capital Accra to tell a compelling visual narrative of the everyday lives of musician who are ordinary working people by day but at night transform into powerful keepers of sound and rulers of the nightlife.” (Medium.com)

Watch the video below

Album pre-order in Ghana and Africa available at: Play Africa and Aftown