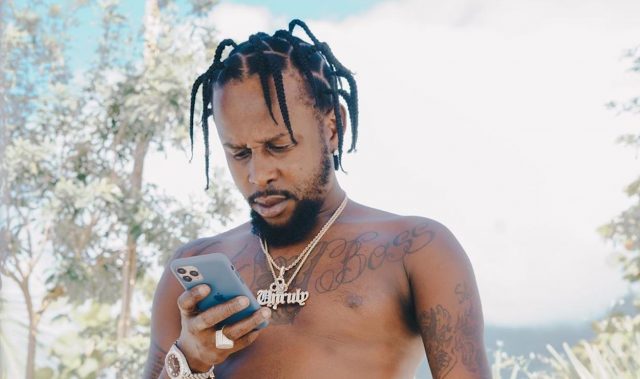 Andre Hugh Sutherland, better known by his stage name Popcaan, the award-winning Jamaican dancehall master, is now in Ghana for some quality time as well as business.

It will be noted that Popcaan announced on the microblogging site Twitter that his next album will be released in Ghana, with the intention of increasing his popularity in the country.

He was also seen in a viral video a few days ago hanging out with our very own rap king, Michael Owusu Addo, popularly known as Sarkodie, maybe to discuss his forthcoming album.

Popcaan, it appears, is rethinking his choice to visit Ghana since, despite the good food, tourism attractions, and people we have here, the traffic in Accra is driving him insane.

Taking to his Twitter page, he wrote; Ghana traffic brazzy

Great Ampong shared his experience, saying that before he arrived in Accra, he saw it as heaven. He said he moved to Accra in search of better pastures. However, when he arrived, he discovered everything was not as he had imagined.

The “Akokofunu” hitmaker stated in an interview with Adom TV’s Afia Amankwah on Mashasie that he moved to Accra in 1996 to live with his brother. He claimed to have a primitive mentality, so when he arrived in Accra, he brought som…continue reading

ALSO READ:   "If You Are Not My Age, You’ll Never Get There" – Angry Gloria Sarfo Rain Curses On Troll