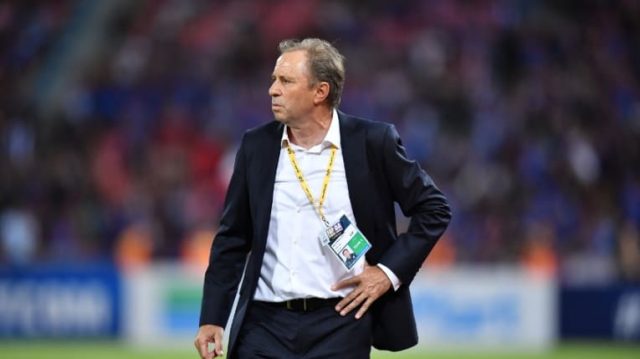 Milovan Rajevac, the head coach of the Black Stars, has been dismissed by the Ghana Football Association (GFA), according to breaking news on Myjoyonline.

After overseeing Ghana’s poor performance in the current AFCON in Cameroon, the Serbian has been relieved of his responsibilities.

He became Ghana manager in August 2008.

Rajevac quit Ghana on 8 September 2010, and took up a position with Saudi Arabian team Al-Ahli a day later.

He left the Saudi club in February 2011 to take up the role as national team coach for Qatar. He was relieved of duties in August 2011.