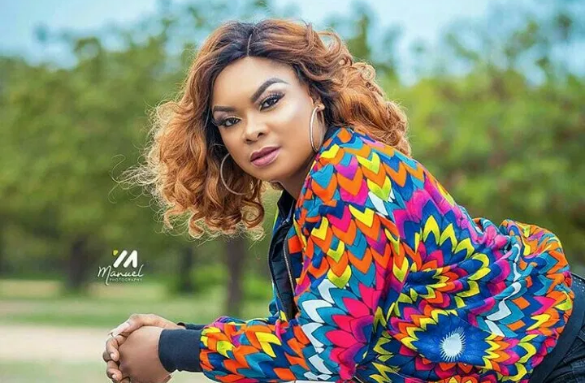 Actress Beverly Afaglo has called for people to stop attacking and insulting her for expressing her support for John Dumelo.

Afaglo is one of a few celebrities who have thrown their support behind John Dumelo in response to several other actors abandoning him and supporting his opponent in the upcoming Ayawaso West Wuogon Parliamentary elections, Lydia Alhassan.

She attacked those actors against John – Prince David Osei, Kalybos and Bibi Bright – and said they have been paid to tarnish his reputation.

ALSO READ; The Power Of The Youth Can’t Be Underestimated – John Dumelo Say`s As He Sympathizes With Nigerians

Despite her attack, she cannot fathom that people are clapping back at her.

In a new post, she said she’s not supporting any political party but simply wants to support her friend Dumelo. She also said Ghanaians should stop attacking her over politics because politicians don’t care about them.

Check what she wrote below…