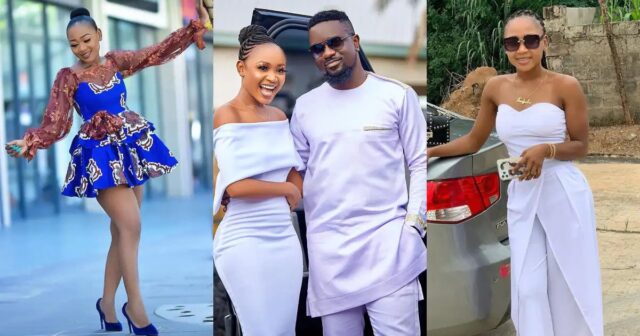 Ghanaian rapper, Sarkodie included controversial socialite and model Roemond Brown better know Akuapem Poloo’s name in one of the tracks on the “No Pressure” album, and she is overjoyed.

In an interview with ZionFelix, the outspoken actress and model revealed that mentioning her name in Sarkodie’s latest film is difficult for him.

Sarkodie, she added, has a great brand. Sarkodie’s brand isn’t the same as Shatta Wale’s, according to her.

Shatta Wale, according to Akuapem Poloo, is the crazed and ruffian kind, just like her.

She went on to say that if Shatta Wale had mentioned her name in a song, it would have been normal. When it comes to branding, Akuapem Poloo stated that there is a significant difference between Sarkodie and Shatta Wale.

She said this after being signed by Nickchels Skincare and defending why she has to twerk.

When Mr. Drew and S3fa traveled to London for the Ghana Party In The Park, a video of them enjoying each other’s company in a hotel room surfaced online.

Mr. Drew stated he personally welcomed S3fa into his hotel room when he was already there with Camidoh in an interview with Abeiku Santana on Okay FM’s Ekwansod…continue reading