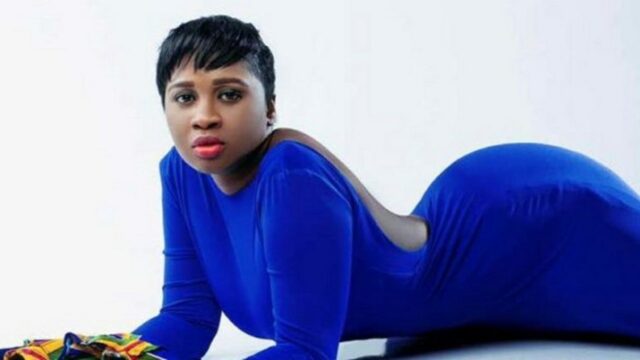 Princess Shyngle, the Gambian-Ghanaian actress, has taken to Instagram to reveal the dreadful news that has befallen her.

On their WhatsApp page, the actress, who is depressed and has broken down, revealed that she is presently reviewing their past messages and listening to her brother’s voice notes. She also claimed that her brother died before they could complete the plans they had made together.

“My heart is bleeding, I don’t know how I’m going to handle this my big brother, my adviser, my protector is gone samba with the heart of gold, never ever gets mad no matter what, always the life of the party, always smiling and praying never in a billion years did I ever think I’d be typing this for you damn this one hurts.

“I’m just sitting here reading our chats and listening to our voice notes and still can’t believe you’re gone, you’ve left me bro we had plans samba this one hurts so bad don’t worry I gat aunty Jai and your boys I’ll work my ass off day and night to be there for them, I’ll make you proud bro I love you forever Samba Jollow RIP