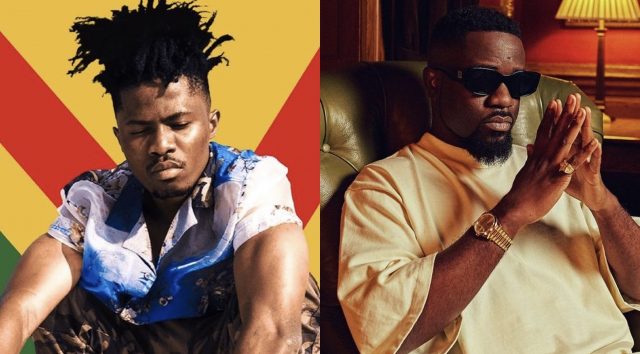 For the record, Kwesi Arthur is one of Ghana’s most awarded rappers. In 2017, he ascended to prominence with his debut hit single “Grind Day,” which gained global acclaim and a co-sign from Sarkodie, the king of rap music, and Medikal, an AMG signee.

His second EP, Live from Nkrumah Krom Vol II, garnered over 2 million listens in its first week of release in 2019.

ALSO READ:   Hammer reacts to assertions that Teephlow was forced to leave his camp

Kwesi Arthur has won numerous awards, including Rapper of the Year and Hip Hop Song of the Year at the Vodafone Ghana Music Awards, as well as a nomination for Viewer’s Choice Best International Act at the 2018 BET Awards.

Sarkodie was the second Ghanaian rapper to be nominated for the BET Hip Hop Awards Relay after his nomination in 2019.

Sarkodie has gone to Twitter to declare that he feels he has been Kwesi Arthur’s biggest fan since his debut in the music industry.

ALSO READ:   M.anifest And Sarkodie Release First Song After Beefing Each Other, See How Ghana Is Reacting To It