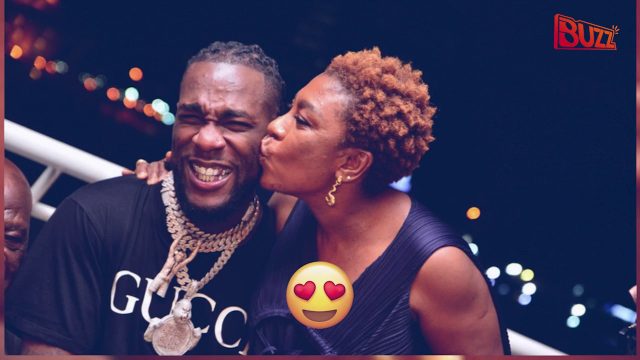 Burna Boy’s mother, Bose Ogulu, has said that she and her son regularly argue over how resources, like money, should be handled.

During an interview with CNN African Voices, the singer’s mother, who also serves as his manager, claimed this.

“We don’t think we should be spending money on the same thing,” Ogulu said when asked what her primary bone of contention with her son was during the conversation.

Burna Boy, she believes, considers ideas without regard to expense, particularly when it comes to video production.

So he comes up with very weird ideas without really thinking about how much it costs or how much it doesn’t cost, “she continued. As a result, my initial reaction would be, “No, it won’t work.” “How are we going to get that money back?”

“We don’t believe we should be spending the same amount of money on the same things.” I’d want to make this, this, and that, and I’d like it to look like this. Even for film shoots, I want a thousand people to be there with me, you know, atop the world’s highest skyscraper. As a result, he comes up with a lot of wacky ideas without actually thinking about how much they cost and how much they don’t cost.

ALSO READ:   "Burna Boy Is Fighting While His Girlfriend Is In Ghana Chilling With The Big Boys" - Captain Planet Ridicules

Kanayo O. Kanayo Finally Reveals What He Means When He Says You Have To Make ‘Sacrifices’ To Succeed (Video)