Home ENTERTAINMENT NEWS “I Thank God I Was Stubborn And Never Got To Pass My... 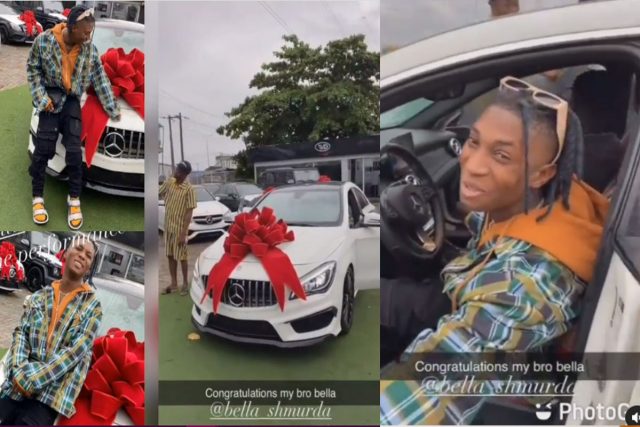 Bella Shmurda, the Nigerian rising star, has praised God that he was obstinate and never managed to finish his examinations in school since he is now worth more than most of his peers who are still in school.

Bella Shmurda, who is grateful to God and all those who have supported him in his musical career, has praised God for being obstinate and never passing his examinations, which has made him worth millions.

He’s now worth over half a billion streams since he would have still been in LASU winning and feasting on carryovers and stuck with nothing in his pocket if he hadn’t gone his own way, and he’ll be forever thankful and delighted he did.

Bella Shmurda also praised her “baby mom,” adding that his child was meant to be five this year, but that God had other plans for him and that he would appreciate all that he has gone through and that he is now worth a lot of money.