Home ENTERTAINMENT NEWS “I Feel Pity For His Wife” – Bobrisky Says As He Shares... 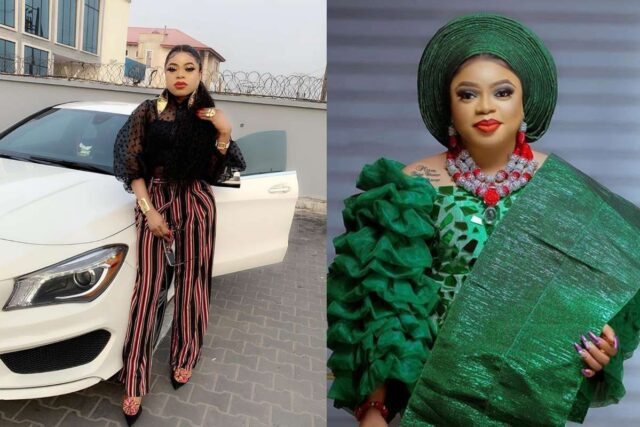 Bobrisky has revealed that his ostensibly married boyfriend intends to abandon his wife on Valentine’s Day in order to spend the day with him.

Bobrisky has been claiming to be madly in love with his married boyfriend, who has lavished him with money and gifts to show how much he adores him and is now planning to abandon his wife on Valentine’s Day.

Valentine’s Day is just a few days away, and Bobrisky revealed how he plans to spend the day with his married boyfriend outside of Lagos, leaving his wife behind.

He advised his married boyfriend to spend the day with his wife, and he answered that he loves him so much that he wants to give him all of his attention now since he has been with his wife for almost 20 years, and now it’s his turn to have all of the attention.

Bobrisky then voiced his regret for his boyfriend’s wife, alleging that he pities her because her husband is spending Val’s day outside Lagos with him instead of her, despite her request that he be with his wife.