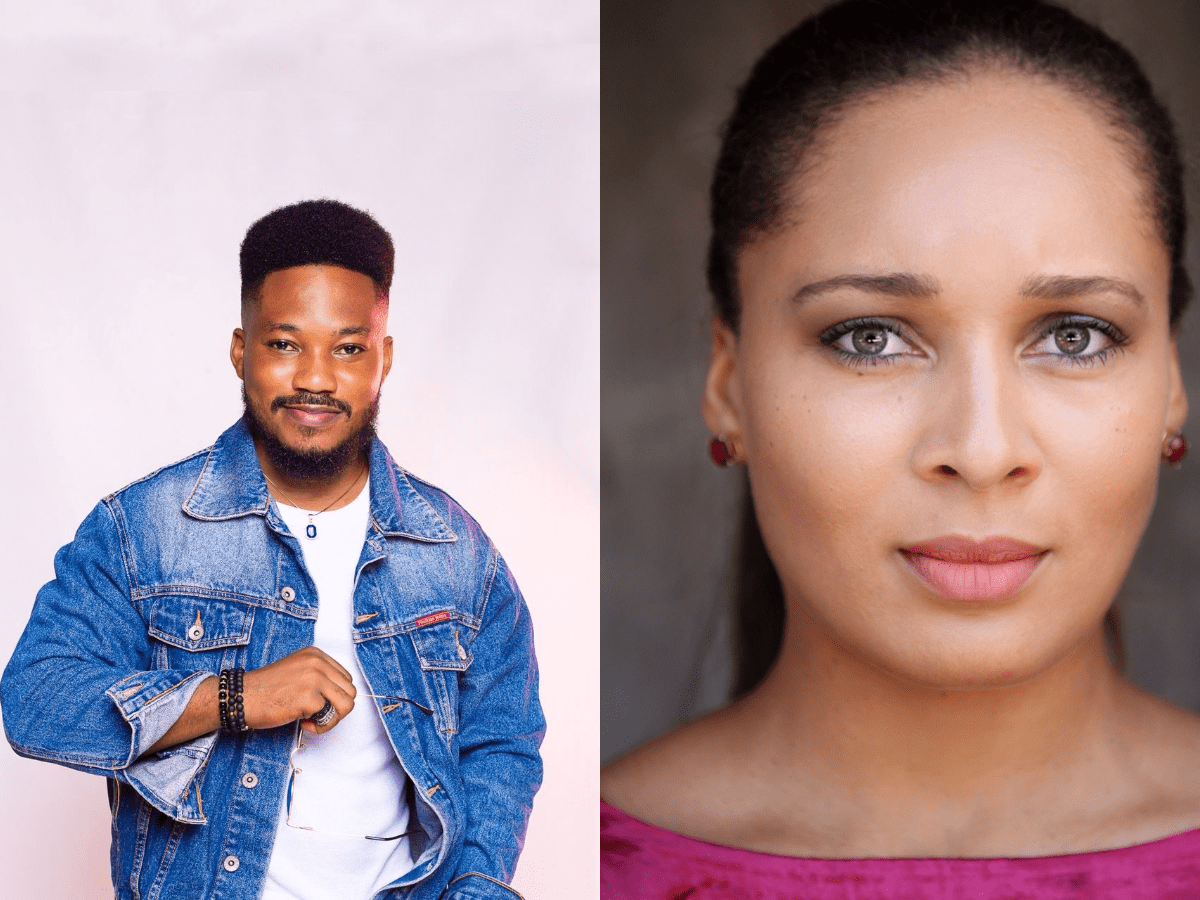 Earlier this year, we reported that Tablet Eye Multimedia was collaborating with  Dirt Road Paths Production to produce a narrative-changing Hollywood-standard movie here in Ghana.

In recent developments, Confidence Losu, the CEO and manager of Tablet Eye Multimedia has confirmed that they were making plans to commence work on the film.

According to Confidence who was speaking in an exclusive interview with Tieghanaonline.com’s Godwin Gabla, together with his partners, they are ready to start shooting the film despite threats put across by the coronavirus.

‘’We are ready to start work on the project. We believe that this is a great film that will forever change the narrative about African movies and indeed Ghanaian movies. Therefore, we are willing to push through these stormy weathers of COVID-19 to produce a beautiful art of film. My partners and I will adhere to the safety precautions onset to prevent the spread of the virus amongst our crew and cast. But ultimately, we hope to shoot this film even with COVID-19 around’’ he said.

Further confirming their readiness for production to commence, Jonna Johnson, the CEO of Dirt Road Paths Production posted on her Instagram account that she had a successful production meeting with her Ghanaian partner, Confidence Losu and that they were ready to ‘mush’ it despite the troubles of the COVID-19 Pandemic.

‘’Production meeting today!
Putting the Words to ACTION and collaborating on scene segments, filming schedule and script adjustments per location! What a journey this will be for both African Director Confidence Losu and myself!
Truly Changing the Narrative in so many ways, with our minds focused and eyes on the Goal… Impact. Bridge Building with African and American FilmMaking! Genuine Collaborating! It’s a rarity.
News soon on something pretty awesome with Coach Jonna Johnson!
#Director #Producer #Coach #ghana?? #Africa #America ?? #FilmMaking #CoachedByJonnaJohnsonINC’’ 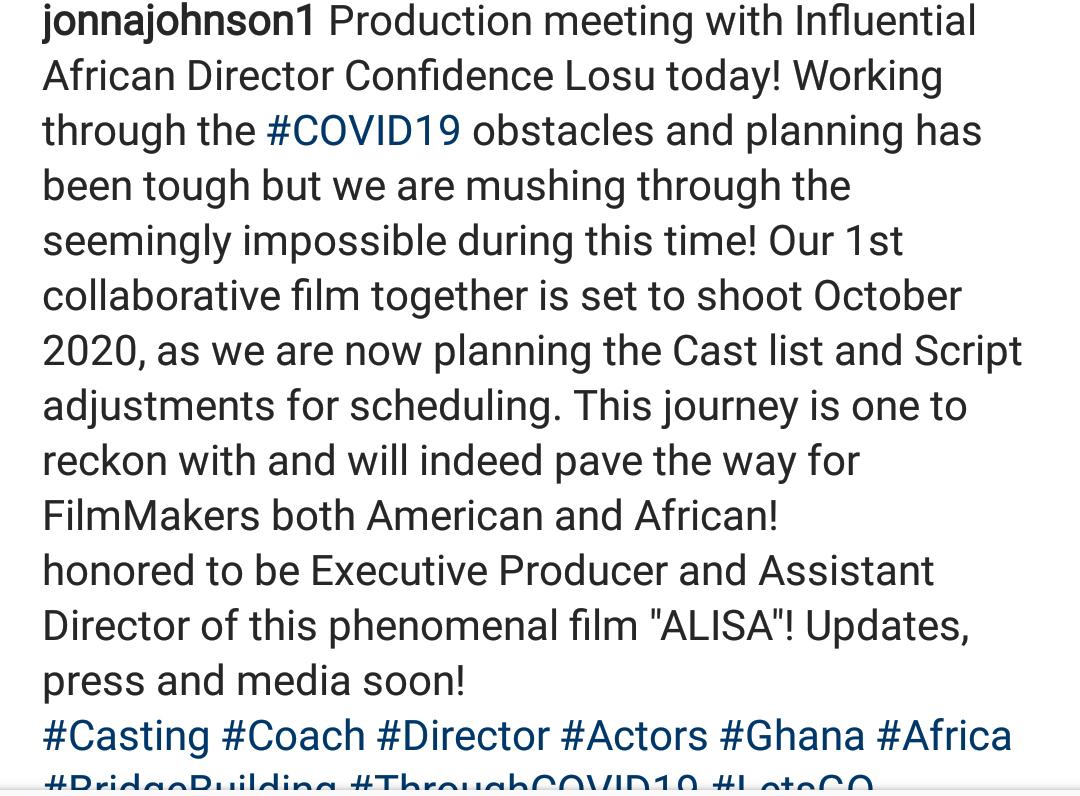 Jonna Johnson is the CEO of Coached By Johnson, a casting firm which has worked with several Hollywood actors and models. She also doubles as the CEO of Dirt Path Roads Production, an American audiovisuals production firm.

The film is expected to start shooting from June 2020 in various locations across the country with stars from Hollywood and the Ghanaian movie industry expected to be part of the cast.

Keep following us as we bring you the official title of the movie and all you need to know in the coming days.