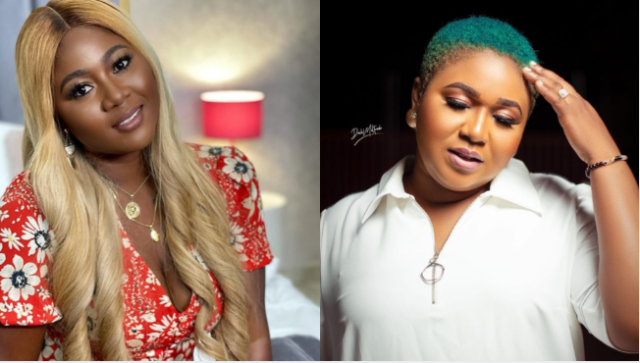 Salma Mumin, a Ghanaian actress and entrepreneur, has filed a defamation lawsuit against Xandy Kamel and the Angel Group of Companies for GHC1,000,000.

According to reports, Xandy Kamel made defamatory remarks about the actress on her Angel TV show “Yeenom Tea.”

Actress Salma Mumin has confirmed to her that she dates married and older men, according to her.

Her co-host on the show also hinted that Xandy Kamel’s remarks about Salma Mumin were accurate.

Salma Mumin has taken action against Xandy Kamel and the Angel Group Of Companies, according to a series of photos spotted online.

ALSO READ:   "Have You Ever Seen A Poor Person Who's Famous ?" - Xandy Kamel Asks

She is suing Xandy Kamel and Angel Group Of Companies for GHC1,000,000 for defamation, according to the photos.

Xandy Kamel is being asked according to the letter to apologize to Salma Mumin for her comments which according to her has damaged her reputation.