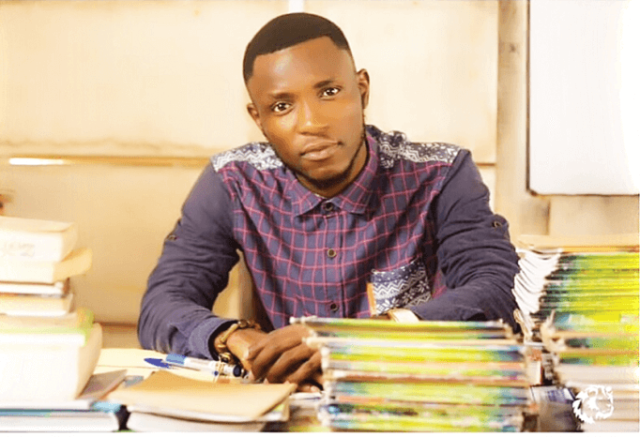 Teacher Kwadwo, a Ghanaian teacher and YouTube content creator, has revealed that he stayed at home for seven years before enrolling in a college of education to seek a diploma. He made the revelation while preaching on Maame Grace’s Christian show, “Celebrity Pulpit,” on YouTube.

Teacher Kwadwo, real name Michael Owusu Afriyie, rose to prominence in 2017 after his viral comedy video. His humorous Twi language use has won him the admiration of everybody who watch and listen to him.

For the 32-year-old comic, things didn’t start out well. Despite his family’s difficulties, he graduated from senior high school in 2007. He failed some of his papers, unfortunately. To make matters worse, his mother died along the road, and he was forced to live with his grandma.

He discovered that he had written remedials four times (NOV-DEC). He remained still at home seven years after graduating from senior high school, hoping to improve his grades so that he might attend KNUST. Some of his friends had completed tertiary education and were working, but he was still reliant on his grandma to make ends meet.

In 2014, he decided to join in a teacher education program. In 2017, he became a certified professional teacher and was assigned to a position. He began to ponder how he could catch up to his coworkers who were already employed.

He’d always known he possessed some skills that the rest of the world coveted. As a result, the same year he graduated as a professional teacher, he started making hilarious movies and publishing them on Facebook solely to amuse his friends.

He had no idea that those videos would take him so far and help him become who he is today. He is now a well-known person who has inked ambassadorial partnerships with a variety of companies. Many young people look up to him as a role model.