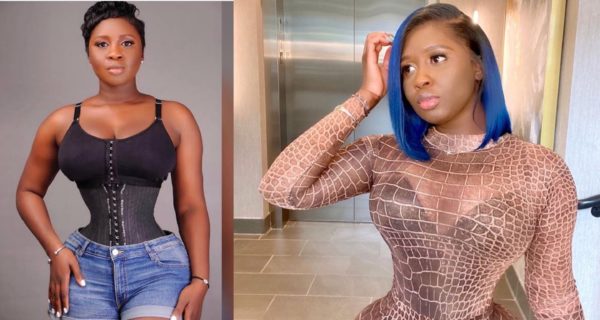 Princess Shyngle, the Ghanaian actress who was born in the Gambia, has stated that most African female celebrities are victims of wicked guys who pose as spouses.

Most women in the entertainment business, according to Shyngle, have been embroiled in controversies as a result of their poor choice of men.

She goes on to say that when their marriage or relationship fails, these guys with a goal to damage their image are quick to turn to social media to depict them in a negative light.

As a result, the actress has prayed to God to save them from the clutches of opportunists.

“African female celebs dey try abeg. You’ll just be on your own and the devil will come into your life in disguise as a man looking for love and a wife and you will fall for it thinking that you’ve found your soulmate, by the time you realize that he’s the devil himself it’ll be too late.

She further added: “You would have confided in him let your guard and trust him completely when you realize it and decide to dump them and walk away, they run to social media running their mouths, putting your personal business out there just to destroy you and get a little fame and attention. May God protect us from such men. Any man that genuinely ever loved or cared for you will never come online to bash you no matter what.” She wrote.

Princess Shyngle divorced her husband, Gibou Bala Gaye, earlier this year, months after claiming that they had secretly married.

Her ex-husband was accused of physical abuse and infidelity by her.