Home ENTERTAINMENT NEWS “You Opened Your Legs For Black Star Player Jonathan Mensah But He... 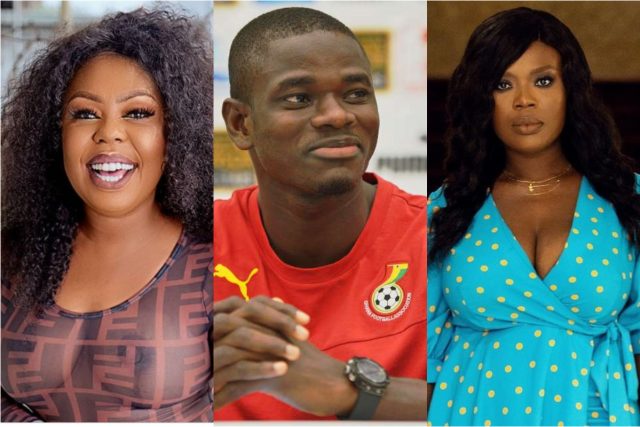 Afia Schwarzenegger, the popular Ghanaian comedian, and socialite have attacked television host Deloris Frimpong Manso, popularly known as Delay, for referring to her as a Borla bird.

After a video of Delay went viral, controversial comic Afia took to her Instagram page to strike back at him. Delay has been dragged into the gutter by Afia Schwar, who claims that she cast shade at her and her pals in her video.

It should be remembered that Afia and Delay were closest friends when Delay introduced Afia Schwarzenegger to the public eye through one of the successful series Afia Schwarzenegger. Their relationship soured for whatever reason, and the two have been firing shots at one other on social media, implying that they are enemies.

Delay was seen doing what she does best on her entertainment show in a video that went viral. She made several similarities between herself and a flock of birds and referenced “Borla bird,” a nickname given to Afia Schwar and her pals Tracey Boakye and Diamond Appiah by most social media users.

Delay threw shots at Tracey Boakye and Diamond Appiah, describing the trio as dumpsite-feeding birds and herself as an Eagle while speaking in proverbs.

In retaliation, Afia Schwar has retaliated against Delay, claiming that Delay openly offered herself to one of the Black Stars players, “Jonathan Mensah,” but that the man declined her advances.