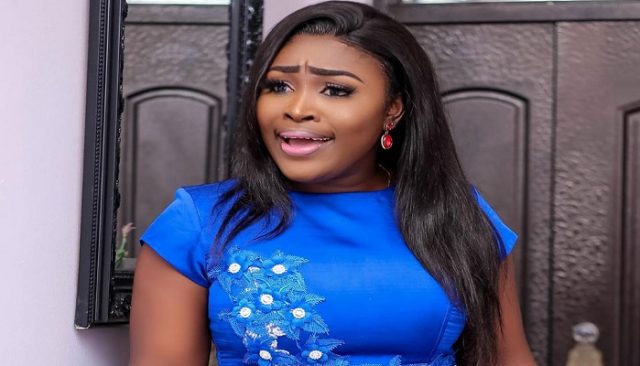 The first edition of ‘Moments with Joy’ was entertaining, thrilling, and eye-opening. Emefa Akosua Adeti, co-host of Joy Prime’s Prime Morning, was highlighted.

Emefa Adeti, who is also the 2012 GMB winner had a taste of everything growing up, which she feels is why she can be anyone the situation needs.

“I can be a ‘boujee’ girl one minute and then sell vegetables the next. “I can easily blend in,” the former beauty contest winner explained.

Her followers were ecstatic to see her on the ‘Moments with Joy’ hot seat, and Anita began the interview with a very personal and emotional question.

ALSO READ:   Stonebwoy’s reaction to fan who claims Shatta Wale is not a real talent

“How have you dealt with the death of your mother?” she said of the television host, who had lately lost her mother.

“It’s difficult, and I’m not sure how I manage it, but all I know is that I have to put things behind me and go on.” I get teary-eyed from time to time and wonder, “What would mum want me to do?” “I gather all my power there and attempt to accomplish what I need to do,” she explained.

Although the broadcast began on a sad tone, it quickly turned lighter as the presenter confessed that her most humiliating television moment occurred when her wig fell off while she was on screen.

ALSO READ:   I worked as a mortuary man before I started acting - Lilwin.

When asked to choose between paradise and love, KMJ, the show’s host, was taken aback by her response.

“Oooh, for now, I would say money,” Emefa replied, “because I am told my mother is in paradise but haven’t seen it, so I will cope with what I have.” I’ll stick to what I know, which is money.”