Home NIGERIA “The Man That Can Resist A Woman’s Temptation Has Not Been Born”... 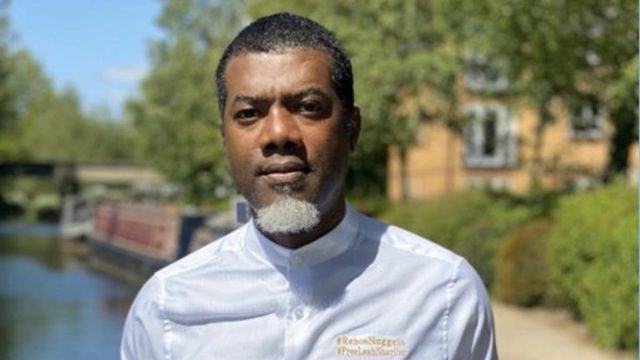 Reno Omokri, the Nigerian sociopolitical activist, novelist, and lawyer, has asserted that no man has ever been created who can escape temptation, particularly the temptation of s3x.

He made the announcement on his Instagram page, citing the Biblical story of Joseph and Potiphar’s wife, in which Joseph fled after feeling danger as a result of the king’s wife’s free s3x.

According to Reno Omokri, when you were reborn, you were given power, but that power did not extend to a specific portion of your body since it has its own thoughts and becomes hungry when it sees something it loves.

ALSO READ:   "Don't Buy Expensive Cars And Clothes If You Do Not Own A House" - Reno Omokri

He counseled people, particularly males, not to be foolish and create an environment in which they would be tempted.

“When Joseph was accosted by Potiphar’s wife, he did not fast, or pray, or sing psalms. He fled. Don’t be foolish. The man that can resist sxxual temptation has NOT been born. Unless she is your wife, never be alone with a woman in a room with a bed! In fact, if you can even avoid being alone with a woman other than your wife, all the better.

When you got born again, your spirit received power. But that power did not extend to a particular part of your body. If it sees what it likes, it becomes hungry. Therefore, don’t create the atmosphere for it to become hungry for evil food!”

ALSO READ:   "Don't Buy Expensive Cars And Clothes If You Do Not Own A House" - Reno Omokri

“Mum Said I Need To Get A Degree, But I Will Try Drop My Album Before I Go To School”- Rema Reveals