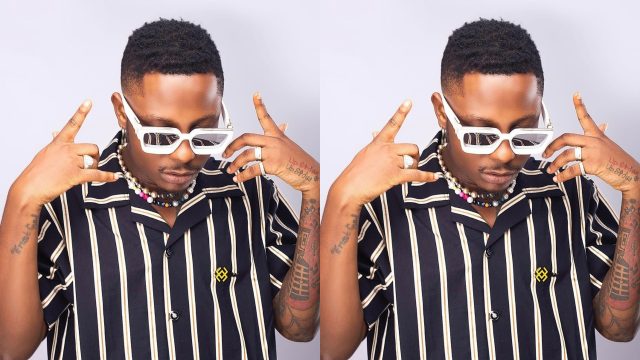 Shortly after the Ghanaian Afrobeat artist Kelvynboy was supposedly arrested for abusing his baby mama, a friend of the singer’s baby mom has stepped out to spill the beans.

The news broke yesterday that the “Down Flat” singer had been detained by police for reportedly beating his baby mom. The musician is accused of stomping on his baby mama’s ribs and beating her with an iron rod.

After his attack was reported to have left the lady with significant injuries, Kelvynboy was remanded in police custody by an Adenta Circuit court.

On the other hand, Kelvynboy, on the 23rd of February, was not found guilty of the alleged assault, and his bail application will be heard today, Wednesday, February 23, in a court presided over by Mrs. Sedinam Awo Balokah.

According to the prosecutor, Chief Superintendent of Police Patience Mario, the singer and his baby mother, Deborah, have been in a relationship for ten years and have a history of abuse, according to sources.

A victim’s buddy has also come forward to accuse the artist of leaving the victim after achieving popularity as a musician. According to her, Kelvynboy allegedly abandoned his baby mom and officially married another woman who has yet to bear him a child.

She further said that the artist has moved on to another woman with whom he is currently sharing a leased flat.