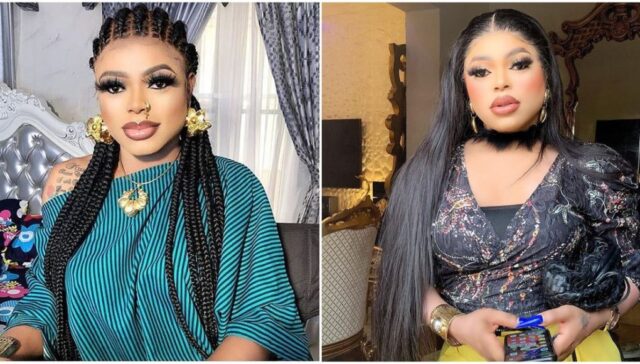 Okuneye Idris Olanrewaju, better known as Bobrisky, the well-known Nigerian crossdresser, has acknowledged that being committed to one guy in his life is tough for him.

It comes after he said that the man he wants to spend the rest of his life with is legally married to another woman and that he will have to wait for him to divorce his wife freely before settling with him.

Bobrisky added that he does not know when the gentleman plans to divorce his wife, but that he hopes it will be soon so that he can have him all to himself.

He’s made another confession, this time highlighting how tough it is for him to be committed to just one person at a time. Perhaps to seek assistance from his supporters, Bobrisky exposed himself to his adultery.