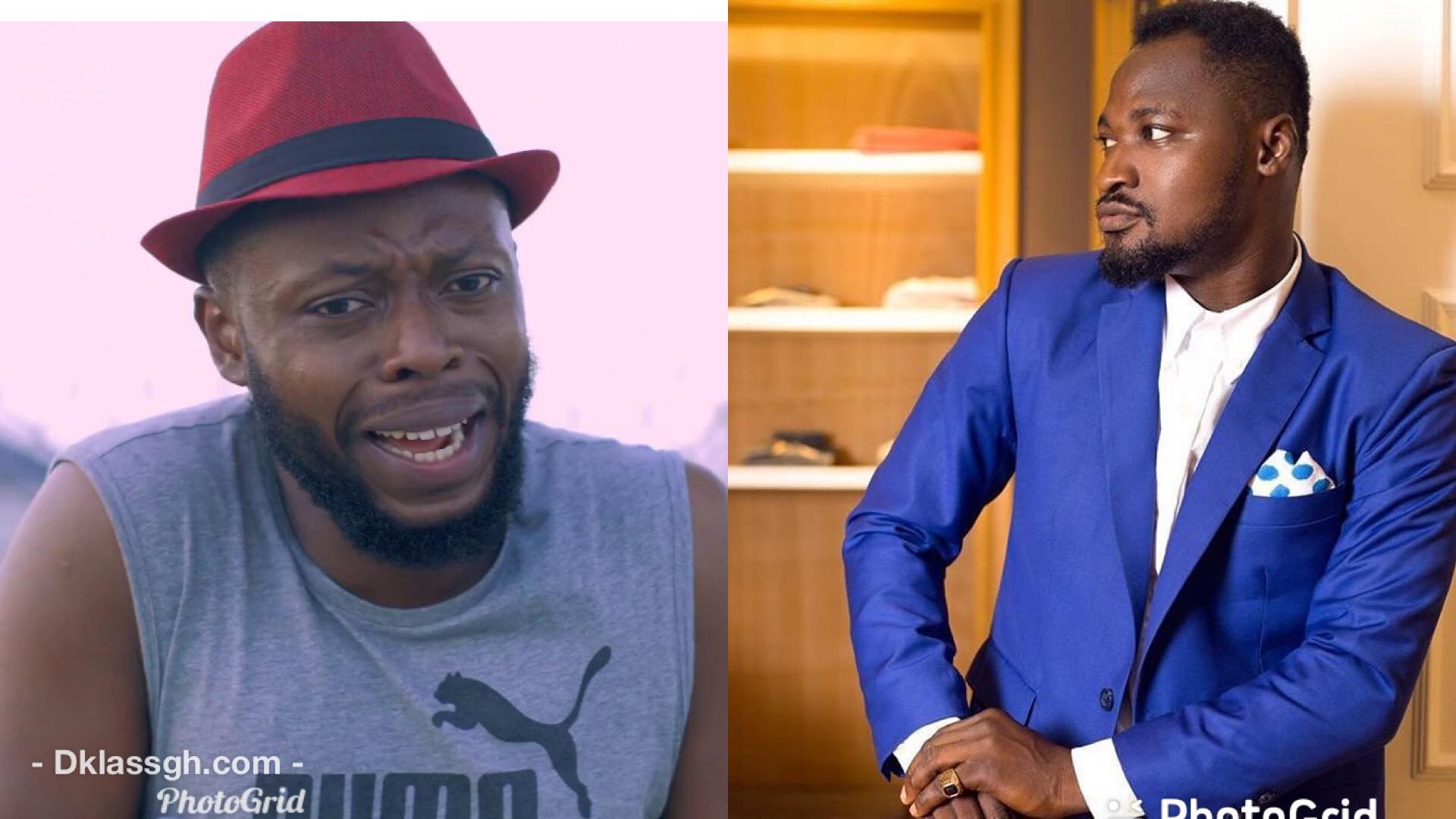 Ghanaian Actor and comedian, Funny Face, has shared a video of himself dancing with his colleague Kalybos.

In the video, sighted by Dklassgh.com Funny Face was seen twerking hard in front of some people including Nigerian actor, Mike Ezuruonye.

He later joined Kalybos on the other side to jam together to a Ghana song whilst the others looked on.

Posting the video on his social media page, the embattled comedian said the video is a movie which was shot last year and aimed at bringing Ghana and Nigeria together, adding that the movie was directed by Mike Ezuruonye.

Though the video is an old one, some fans, reacting to it, called on Funny Face to mend any issue he has with Kalybos and move on.

He, however, did not tag Kalybos.

He posted: “New GHANA, NIGERIA movie about to shake the world ..shot last year. Ghana, Nigeria is bringing Africa closer dan ever through dis movie directed by @mikeezu .. @funnyfansofficial this is da movie I was Jackie’s husband .. I kissed her rough rough .. even if am going to urinate koraa I will say baby .. urinating kiss.. Chalie mike @mikeezu we have to shoot part two of dis movie in India

KASOA VANDAMME EI GO OVER YOU.”

Funny Face in the past few weeks has been ranting and wailing on social media over how Kalybos, Lil Win and Bismark The Joke have betrayed him. He also disclosed that his second marriage has also broken down because his pregnant wife has parked out of their marital home under the influence of Lil Win.