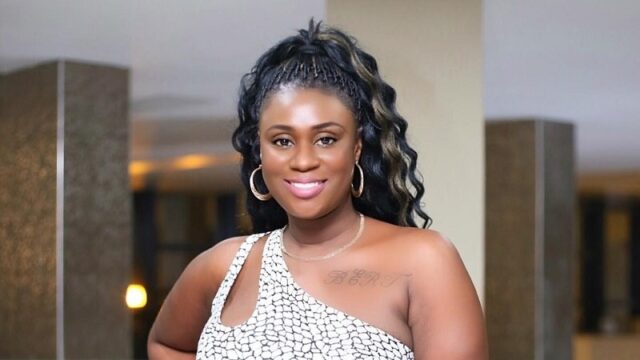 Bibi Bright, the Ghanaian actress, has stated that she will no longer take kissing roles in films.

Bibi remarked in an interview with Franky 5 on Hitz FM’s “This Is Gospel” that she is not ready to portray some roles she has previously taken.

“I’m not going to take a position that involves kissing if you offer it to me. It’s not simply because I’m a Christian; I’m also a mother and a wife who feels she’s on a different path,” she explained.

She claims she has played a variety of roles in the past to demonstrate her versatility.

“I was trying to let them know I’m a versatile actress back when I was just getting into the industry and trying to find my feet. It’s a natural part of the process.

“When we were youngsters, we used to bathe in the rain, but these days, no one will tell you to do so in the bathroom.” We’re evolving, and things are changing,” she added.

While Bibi isn’t ready to pass judgment on individuals who play such roles, she does believe that they will change as they mature.