Home ENTERTAINMENT NEWS “Rev. Obinim Has Done A Lot For Me, I’m Not Leaving Him”... 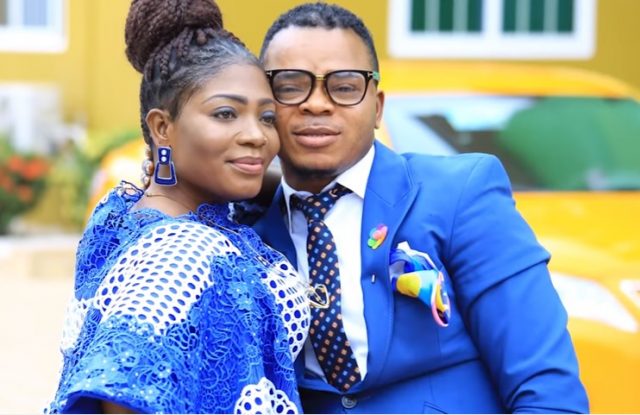 Florence Obinim, who is married to Reverend Daniel Obinim, also known as Angel Obinim, one of Ghana’s most popular prophets, has stated that she will never consider divorcing her husband, despite his involvement in controversies.

Mrs. Obinim claims that she is well cared for and that her husband continues to shower her with gifts, including a brand new Range Rover.

Rev. Obinim may not be perfect, but Florence has learned to “embrace bad situations,” according to Florence, who has pledged to stay with her man.

The “Osoro Ne Me Fie” hitmaker said in an interview with Onua FM that she has learned to deal with controversies in her marriage.

“I’ve been married to my husband for quite some time. We’ve had a good time together, so why should I abandon him because of his controversies? I’m currently driving a brand new Range Rover. He purchased it for me. If I accept good things from him, I should be able to accept bad things as well,” Florence Obinim explained.

Meanwhile, Andrew Commey Otoo, popularly known as Mr. Drew, the Ghanaian Afrobeat musician, has revealed how he was booed off Vodafone Icons and X-Factor because he laughed at the judges.

According to the singer, he has always known he can sing but has never taken it seriously since he believes he was born to dance. He admitted that he used to go to studios only to mock singers whose vocals were not up to par with his.

Mr. Drew said in an interview with Andy Dosty on Hitz FM’s Daybreak Hitz show that he tried his luck on the Vodafone Icons reality show and the X-Factor but was turned…continue reading