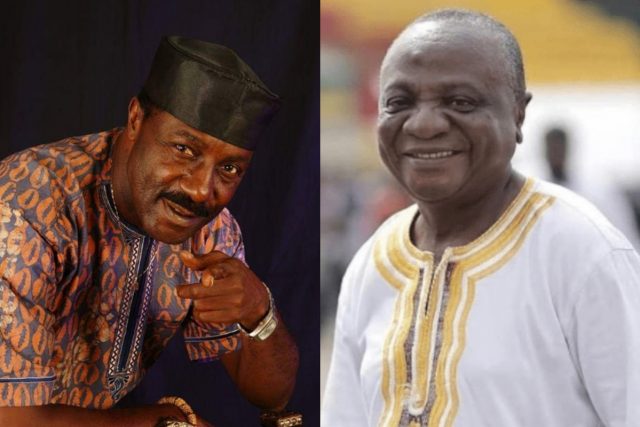 Gyedu Blay Ambolley, the veteran Highlife singer, has argued that Nana Ampadu, whose death was made public a few days ago by his grandson, deserves a state burial.

In an interview with Adom TV, Gyedu Blay Ambolley eulogized Nana Ampadu, saying that he had made significant contributions to the expansion of the Ghanaian music business and that he deserved to be honored with a State Burial.

However, he expressed concern that his request would not be considered because previous legends who have died away in the past were never accorded State Burials, and he believes that the same will not be done for Nana Ampadu.

ALSO READ:   Akon to do Coronavirus concert for healthcare workers when the pandemic is over

Nana Ampadu, whose death was made public a few days ago by his grandson, deserves a state funeral, according to Gyedu Blay Ambolley, a renowned Highlife musician.

Gyedu Blay Ambolley eulogized Nana Ampadu in an interview with Adom TV, noting that he had made major contributions to the growth of the Ghanaian music industry and deserved to be honored with a State Burial.

He expressed worry, however, that his request would be ignored because other legends who died in the past were never given State Burials, and he feels that this would not be the case for Nana Ampadu.

“It has become an attitude of each one for himself, God, and for all of us. Amakye Dede, Pat Thomas, and the rest of the group are all going their own ways. It may cause us concern in the future,” he expressed regret.

ALSO READ:   "Nana Ampadu Has Been In Coma Since 2020" - Entertainment Analyst Fredyma Alleges