Home ENTERTAINMENT NEWS Shatta Wale Reveals The Way He Will Be Dressed On 18th October... 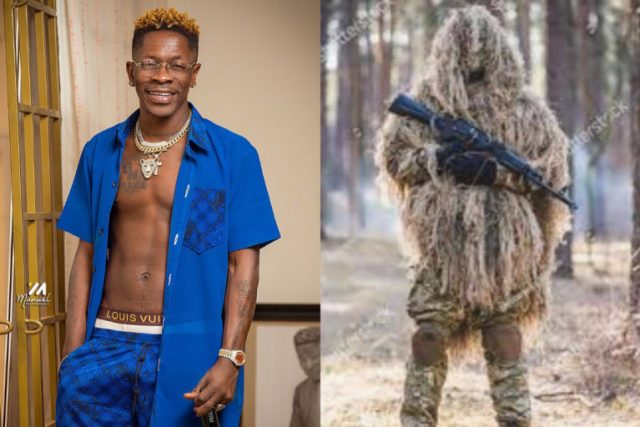 Shatta Wale, the Ghanaian dancehall musician, has mocked Jesus Ahuofe’s death prophecy by revealing his costume on the 18th of October, the day he’s meant to be shot dead.

In an interview with Angel FM, Jesus Ahoufe said that Shatta Wale will be shot dead on the 18th of October this year, similar to what happened in South Africa when a renowned reggae musician was killed unless he prays against it.

Shatta Wale originally praised Jesus Ahoufe for the prophecy, stating he would guard himself so that anything similar did not happen to him, but then said that there is nothing such prophecy in the spiritual realm and that all these pastors are simply selling themselves.

At this point, we believe Shatta Wale should take a break from social media to reflect on his life and take care of his mental health because nothing he writes on the internet these days makes any sense.