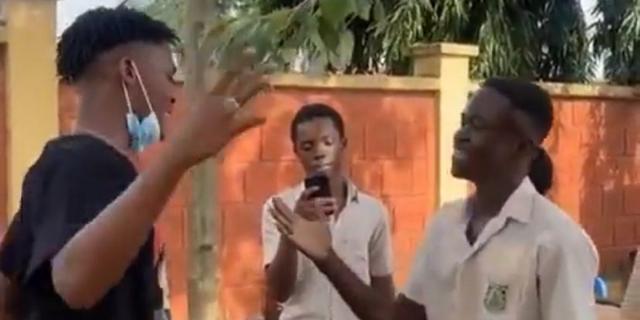 The “Sore” hitmaker issued a harsh warning to her detractors on social media a few days ago, stating that after writing his last paper in the recently concluded WASSCE, he will not entertain any ‘go and learn’ comments from anybody.

Yaw Tog is now ready to devote all of his effort and resources to his music brand, since he has finally been released from his academic obligations, at least for the time being.

A video that is now circulating on the internet depicts the moment his colleague, Malcolm Nuna, congratulated him on the successful completion of his school’s premises. But we’ll have to wait a few months for his results.

However, Michael Owusu Addo, better known by his stage name Sarkodie, has disputed accusations made on social media that he is a smoker who occasionally gets intoxicated.

Sarkodie confesses that he occasionally gets high in a recent interview with Twitter star KalyJay, but not the type of high that most people think of. He stated that his musical accomplishments occasionally make him proud and that this is the type of sensation he believes to be high.

The “No Pressure” rapper claims that his success in the music industry, as well as the experience he has gathered throughout his 11 years in the profession, keeps him ...continue reading